After removing the fuel sender, I now had access to the inside of the tank, and it looked pretty bad indeed, with brown coloured gunk/rust on the inside. 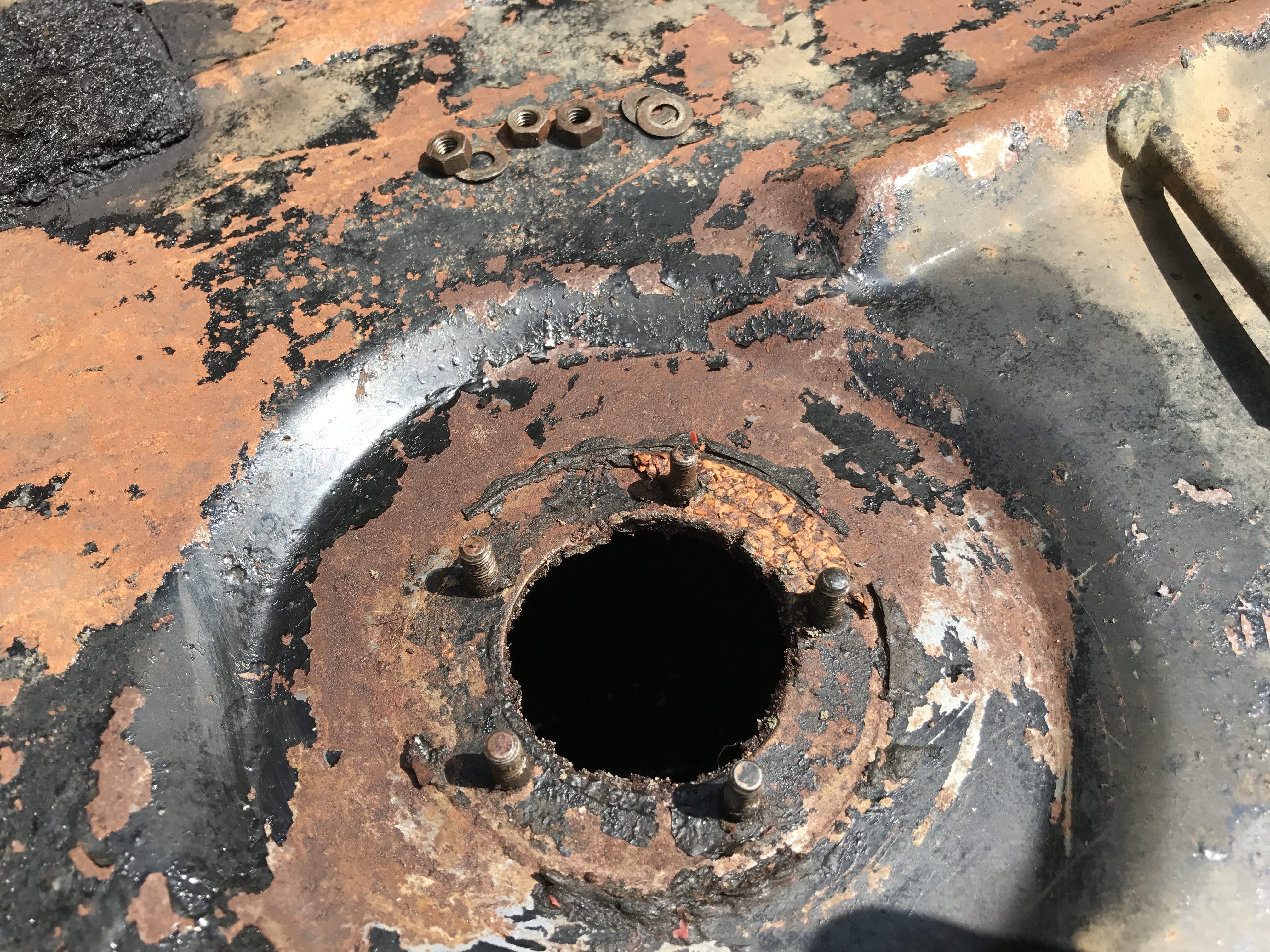 I decided to use the ‘nuts and bolts’ method of removing surface rust, so I poured them in the hole left by the fuel sender. 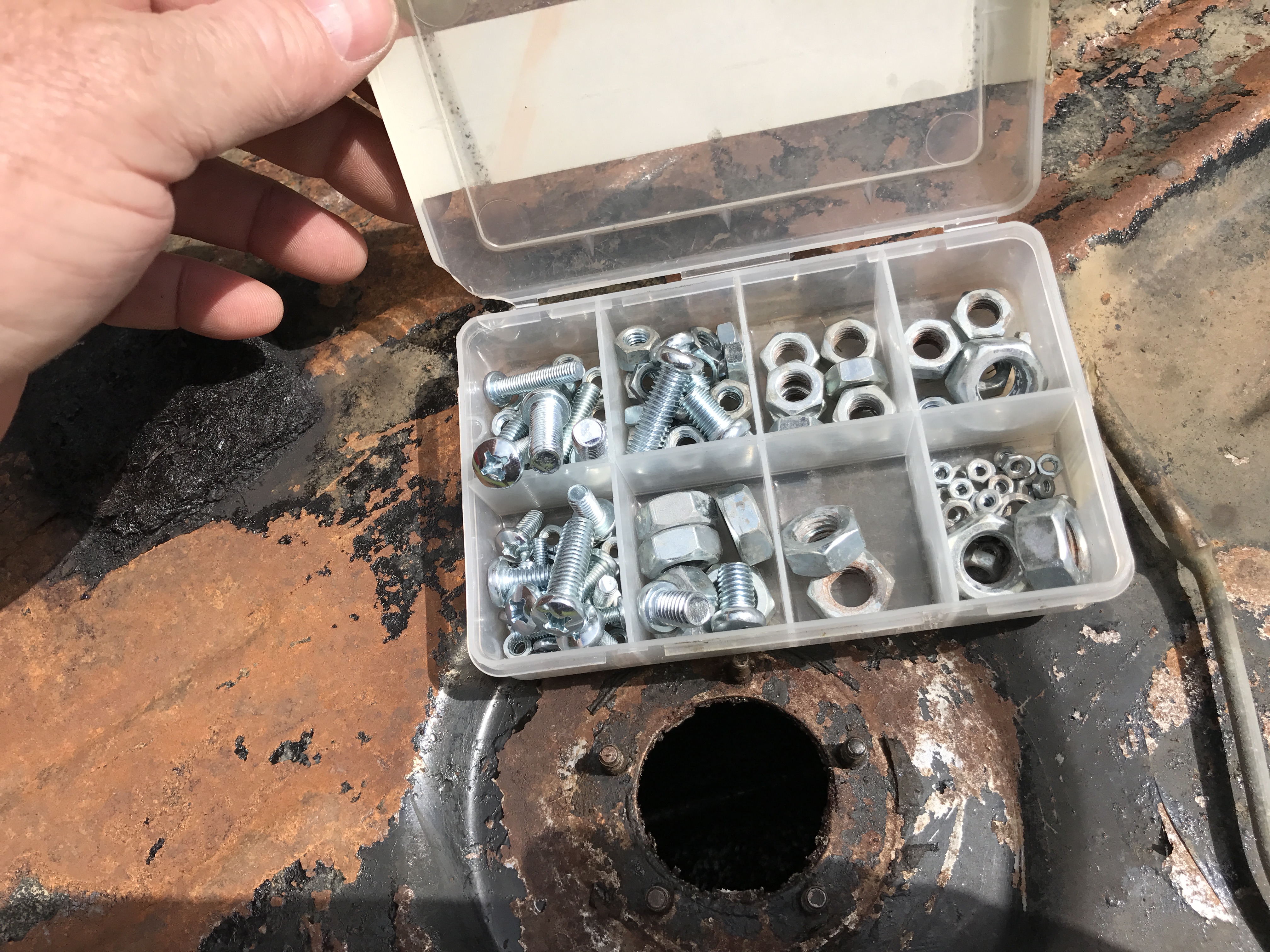 Once they were in the tank, I added some water, a few liters at a time and placed the tank on top of a wheel barrow so i could rock it back and forth (the tank is quite heavy). 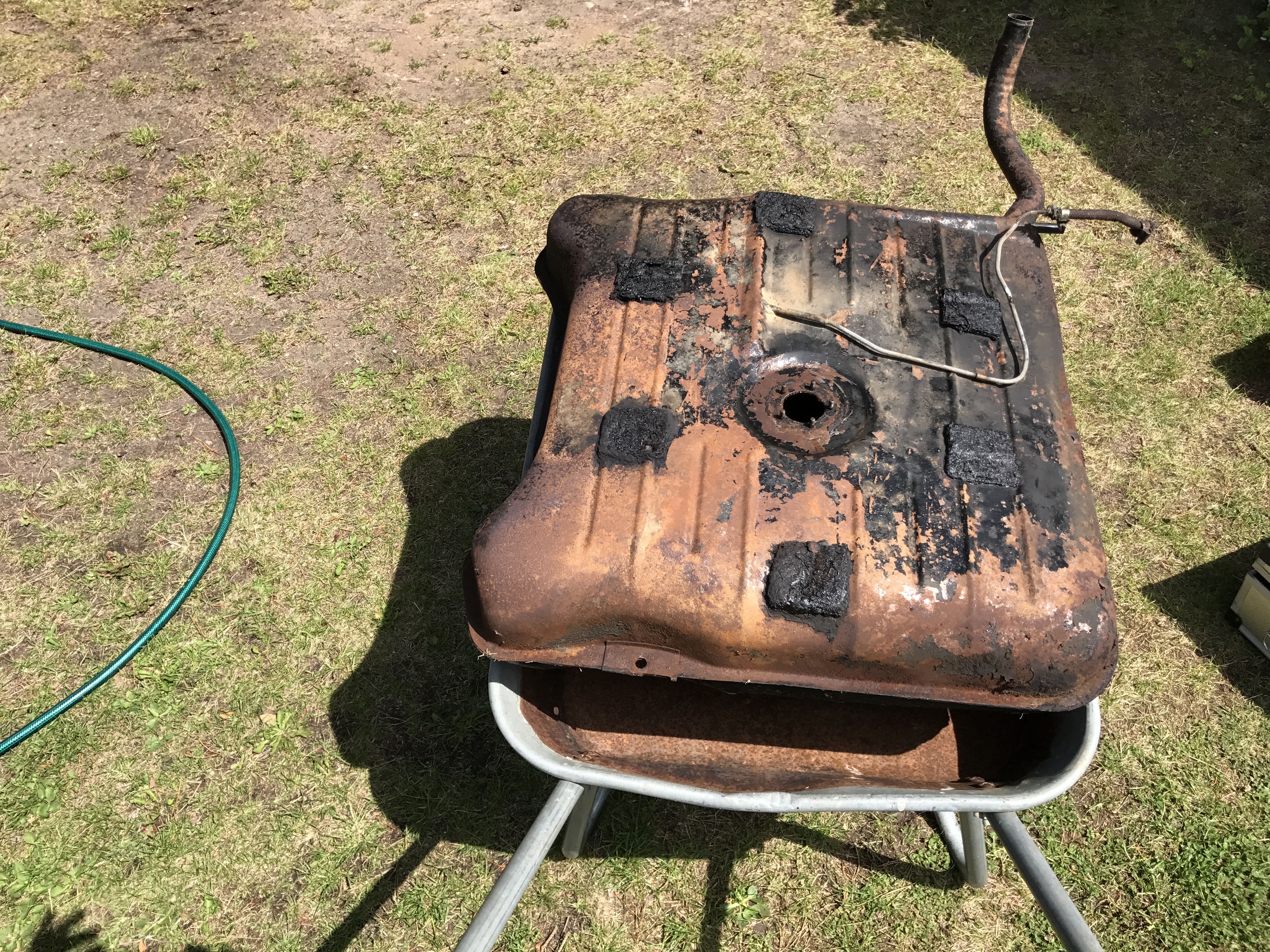 That was reasonably effective as the water that i poured out of the tank looked terrible and very rusty. 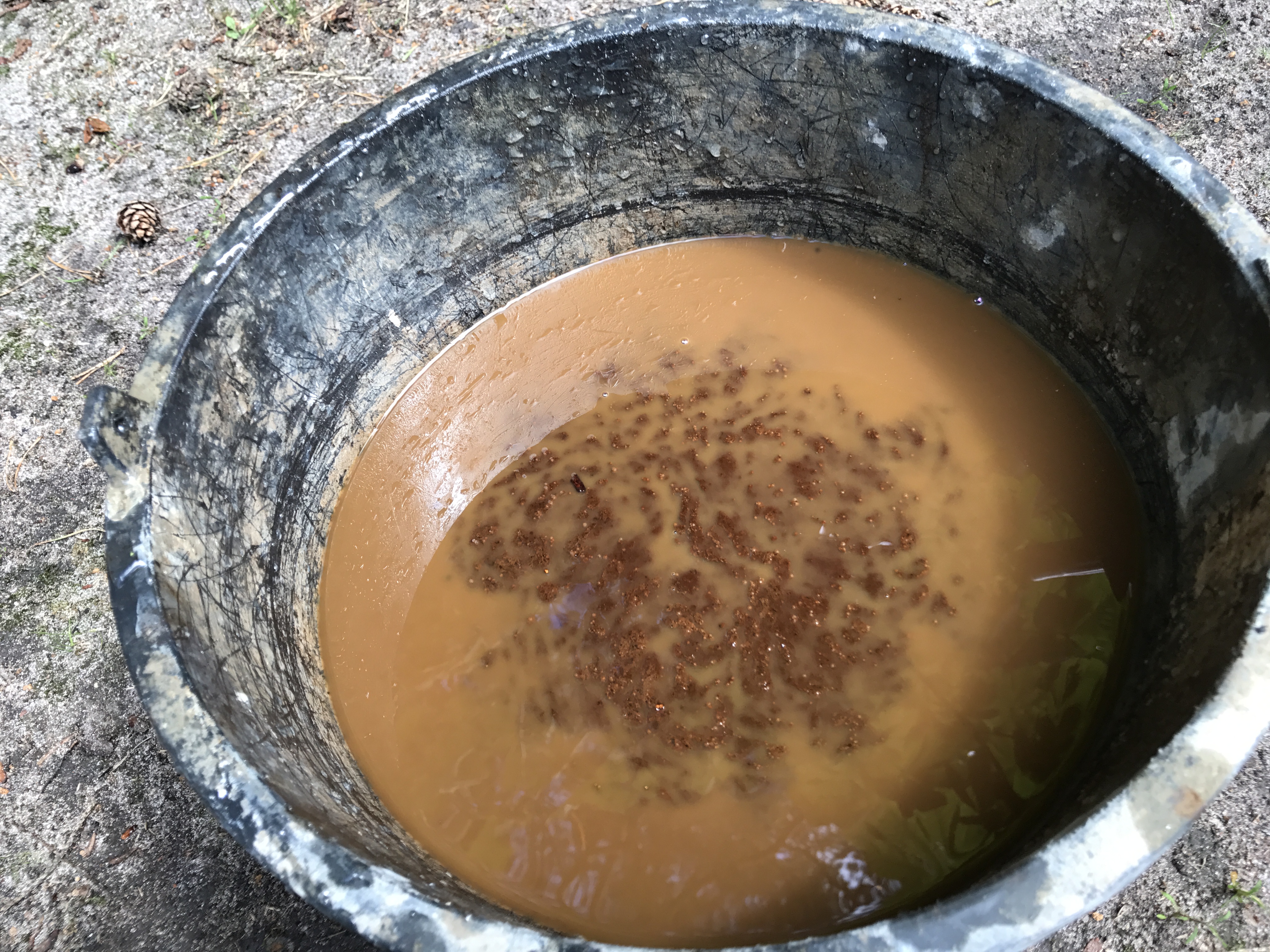 I continued doing this over and over until I felt that the bottom part of the tank had had a good going over with the nuts and bolts. 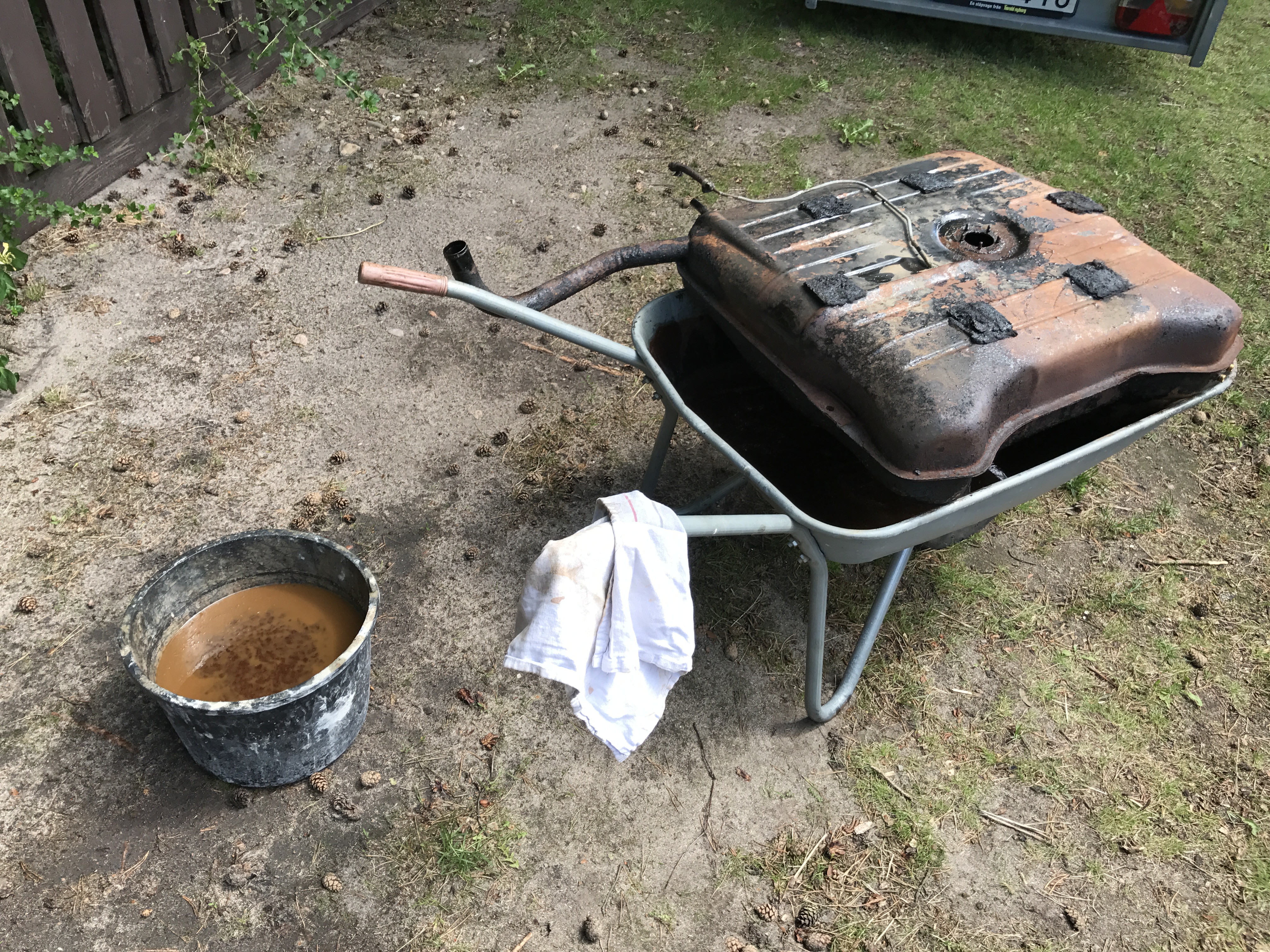 Next I patched up the fuel sender whole with duck tape so that I could work those nuts and bolts on the top half of the tank (by shaking it above my head). 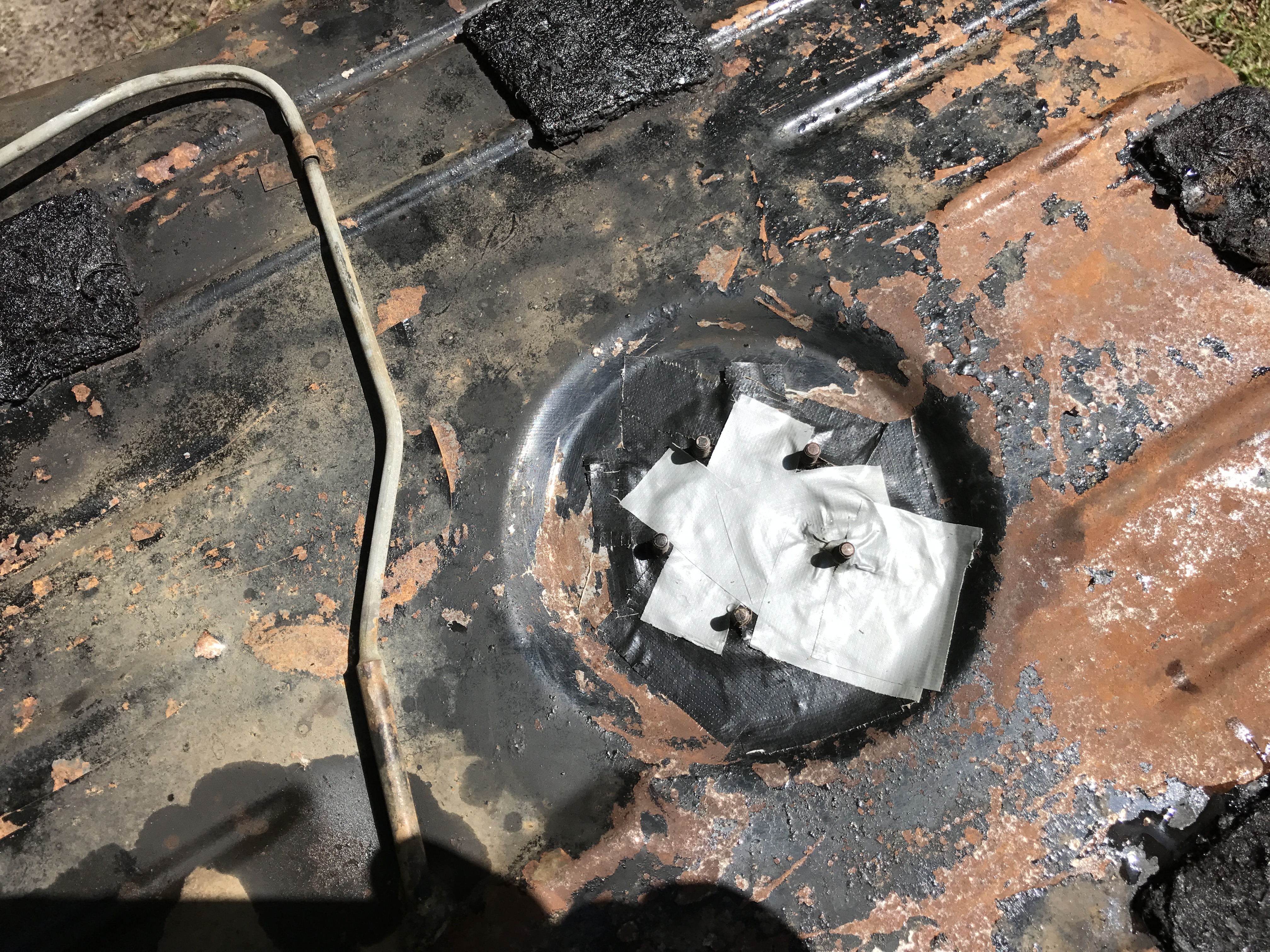 After doing that for 15 minutes or so I was filthy plus it was time to get the nuts and bolts out. That was harder than it looks and I wanted to be 100% sure there were none left in the tank. That meant rocking it back and forth for ages until there was no more sound of metal against metal inside. 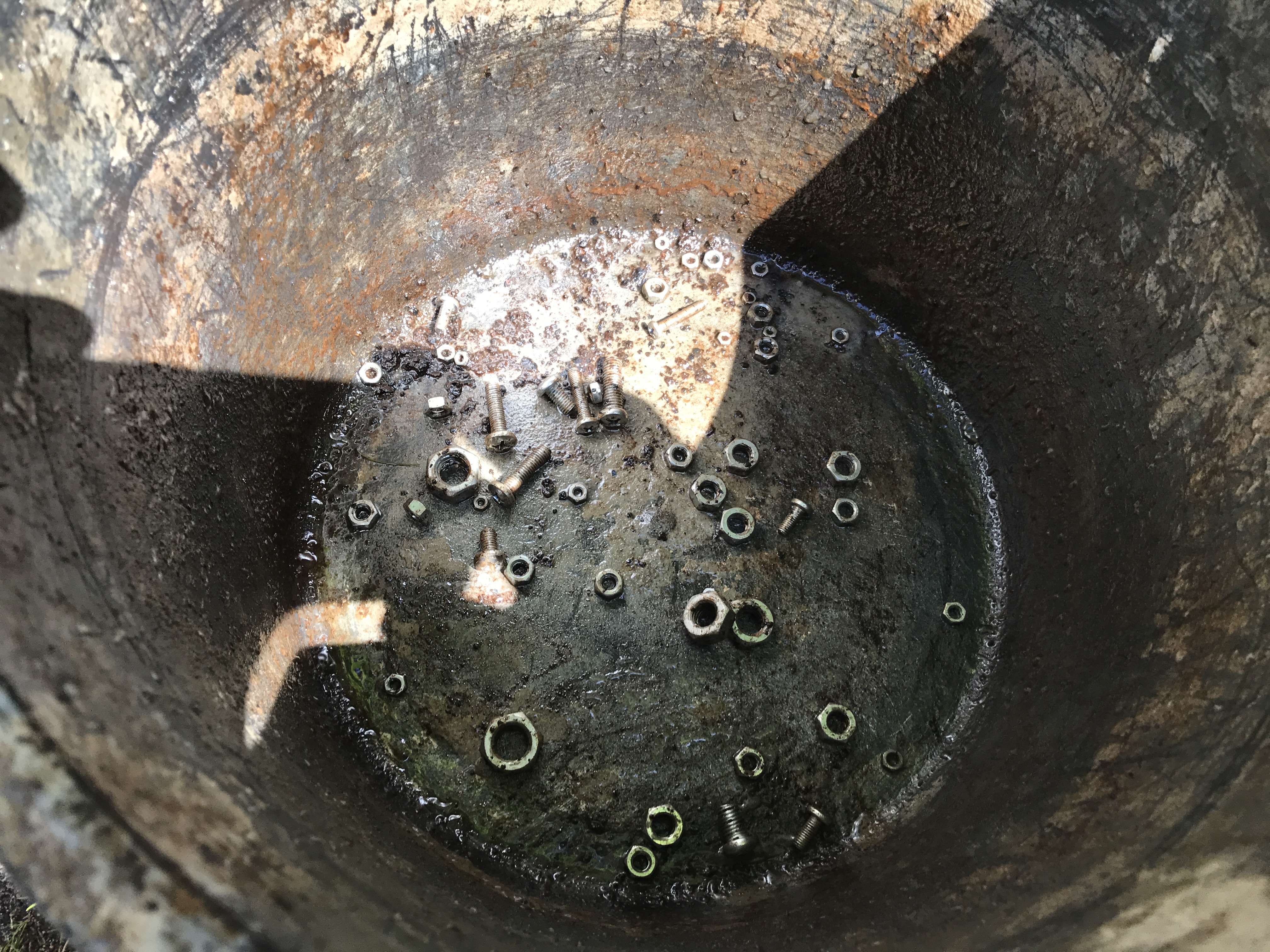 As you can see from the nuts and bolts and the crud in the bucket, it was effective at removing that inner surface rust, but I had more to do. The polluted water was collected and will be disposed of at my local dump. 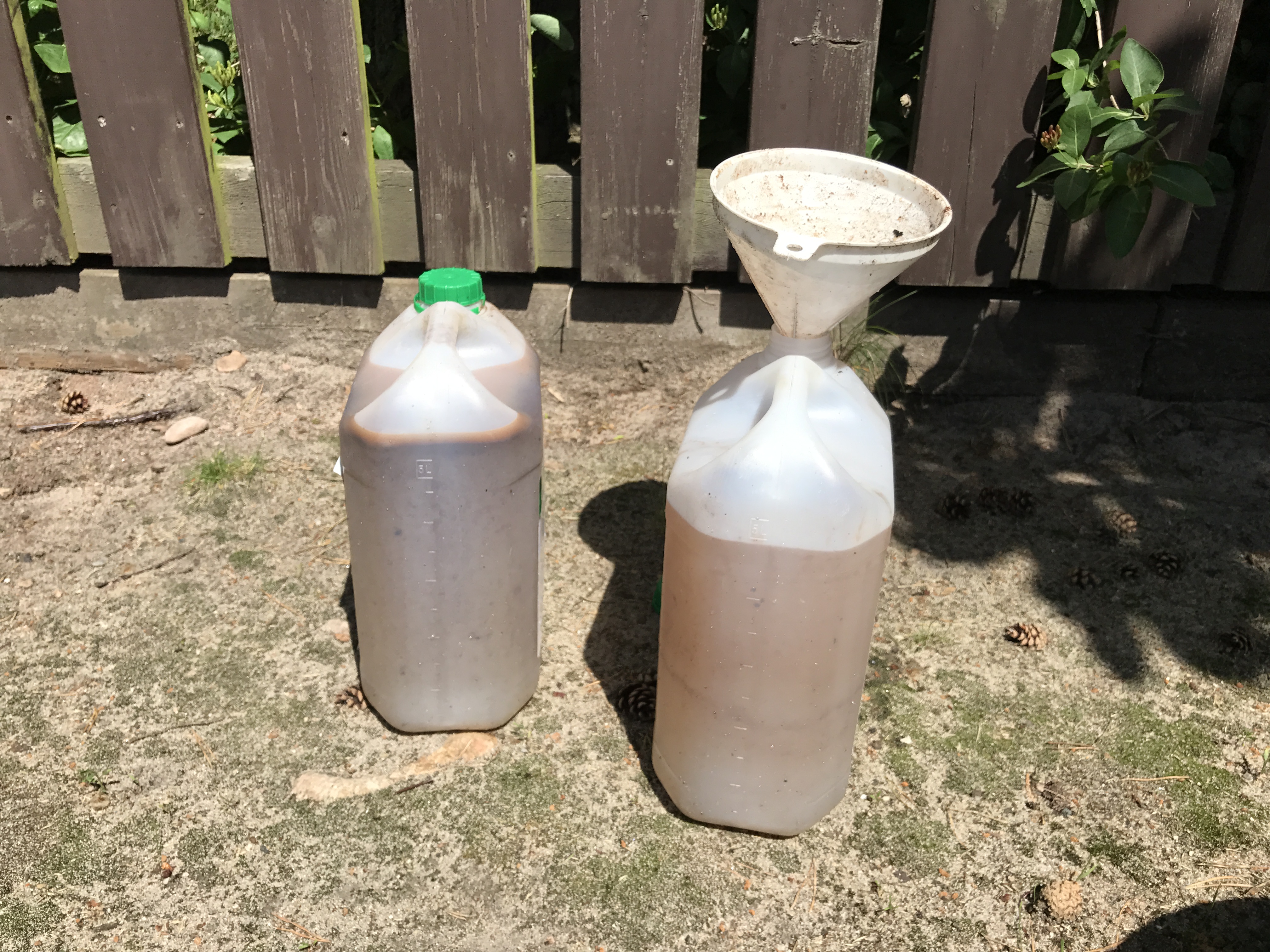 Next I used a high pressure water compressor to blast the inside of the tank surfaces with water to remove even more crap. I spent about 30-40 minutes doing this until the water coming out of the tank was clear. I also used some soapy liquid to dissolve any remaining oil/diesel inside the tank. 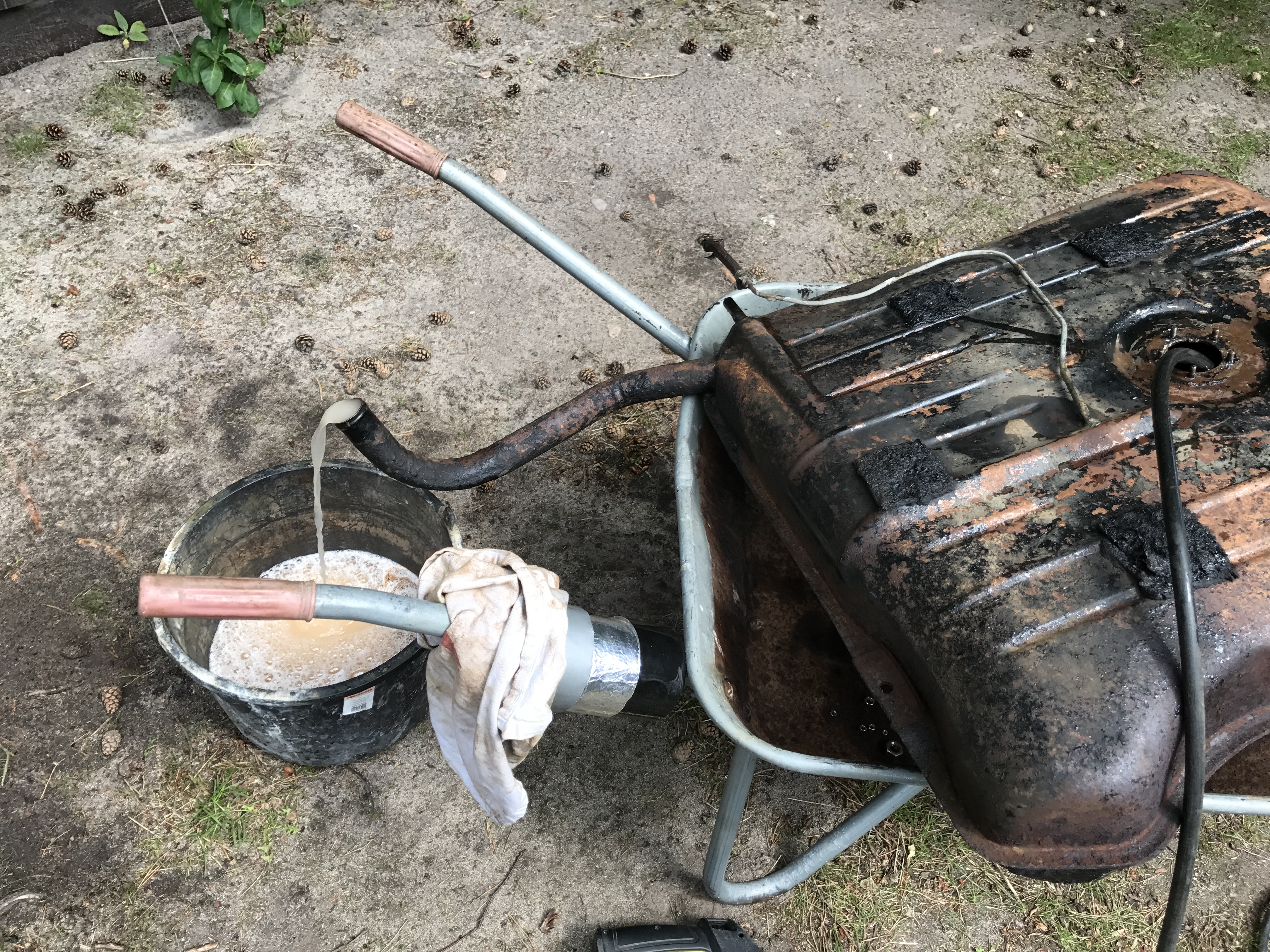 You can see a video of that process on YouTube here.